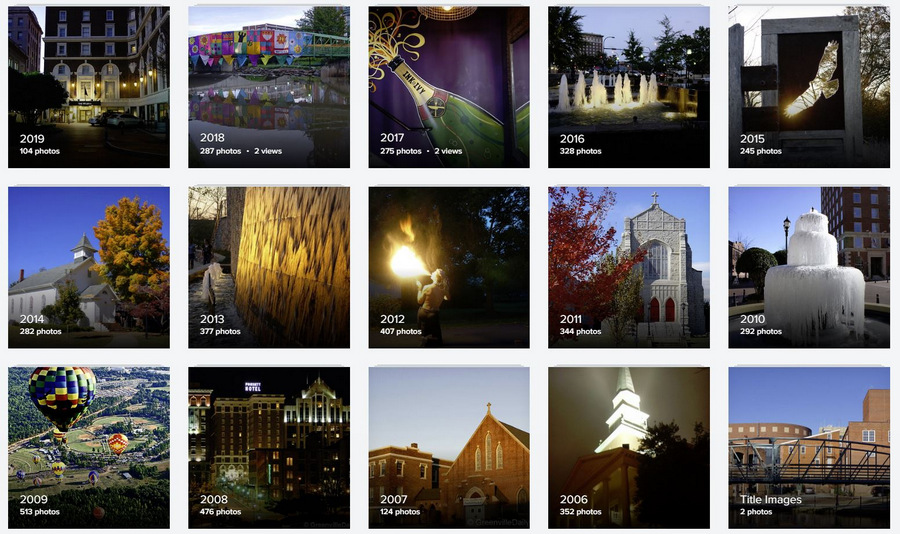 The web site (GreenvilleDailyPhoto.com) will disappear. But some photos could be useful to someone – either as historic reference or as art. So Denton Harryman, Frank Mansbach and I have decided to release our photos dating back to 2006 under a Creative Commons license. The Greenville Daily Photo archives will be hosted on Flickr’s Creative Commons, hopefully for a long time. The photos are presented as album groups for convenient browsing. And they’ll show up in searches for Creative Commons images.

This does not affect photos from the guest Flickr Pool contributors and those remain under the original license to that photographer.

City Daily Photos from around the world